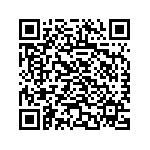 The worst drought in 60 years to hit Eastern Europe is driving thousands of people in Moldavia to hunger. The IFRC is appealing for cash to help.

Thousands of people are struggling to find enough to eat in Moldova, Europe&apos;s poorest country, the International Federation of Red Cross and Red Crescent societies (IFRC) says as it appeals for cash to help.

This tiny landlocked nation of 4 million people - sandwiched between Romania and Ukraine - declared its independence from the Soviet Union in 1991. However, it&apos;s struggled to manage its affairs post-Communism, and mired in internal conflict since pro-Moscow Slavs living on the east bank of the Dnestr river declared their own independence from Moldova.

The country&apos;s economy and the population&apos;s survival is heavily reliant on agriculture, with just 47 percent of people living in cities. But the IFRC says high temperatures and low rainfall in the last three years have meant bad harvests and now 200,000 people need help to cope with food shortages. Winter reserves are depleted and many farming families have killed their livestock for cash. Inflation is high and pensions are sometimes below a dollar a day, IFRC says, making life very tough in a country where women only won the right to vote in 1978.