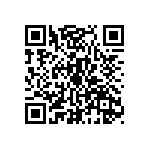 Peter Nizak, 44, defines himself as a Community Developer.

Active in the Hungarian third sector since the political change from Communism to Democracy in 1990, he was director of the Soros Foundation - Hungary until its offices were shut down in 2007.

Currently, he divides his time between being Senior Manager at the Open Society Institute in Budapest, also founded by George Soros, and editor-in-chief of the quarterly periodical Civil Review.

"Civil NGOs are active right now, but many politically and not in a healthy way."

Having experienced firsthand the evolution of civil society in Hungary, he talked to Vita Europe about some worrying trends and the many faces of the third sector.

Why did the Soros Foundation leave Hungary?

The Hungary Soros Foundation was closed in 2007. It was a decision made by Open Society Institute (OSI) senior management and George Soros himself because of EU accession and because there are other more endangered and underdeveloped regions in the world.

Did OSI replace the Soros Foundation?

Not necessarily. Their basic principles are the same: to promote open society and work with NGOs and development programs. The biggest difference is that local foundations focus on particular countries and have their own strategies, whereas OSI regional centers have additional programs, like human rights, governance, media information etc.

Did EU accession compensate for the loss of the foundation?

There were great expectations for EU accession, but it is now apparent that it has not solved the financial and professional difficulties of the third sector. It is a big frustration in Hungary – the foreign donors like the Soros Foundation left Hungary, but EU funding did not compensate. EU sources cover a different circle of NGOs – it does not reach smaller organizations or certain types like watchdog, advocacy, community development.

The sector is quite large – we have almost 65,000 NGOs – but it includes organizations which are not so-called civil like non profit companies and institutions. The income is also impressive, but I think if we look behind the numbers, the picture is more complex. The private foundations and associations, which are the real civil organizations and make up the largest part of the sector, have much lower incomes than the rest of the sector. A recognizable part of the sector has no income at all.

How do these organizations survive?

Not all do. Many organizations have gone bankrupt. And, unfortunately the financial crisis reached Hungary and we can really feel it. The state has even taken restrictive measures reducing the tax benefits for public benefit organizations and donors. This is terrible because it sends the wrong message. In fact, the level of donations has decreased in Hungary over the last year.

Does OSI have any initiatives to counteract the crisis?

George Soros has given extra budget to local foundations throughout the region and the OSI regional office to set up emergency funds. The aim is to reduce the impact of the societal and financial crisis. In Hungary the priority has been given to saving the endangered cultural organizations and strengthening those working in the social field, providing services for the most endangered and vulnerable communities.

How would you define the societal crisis in Hungary?

I would highlight that in Hungary we currently face a problem of good or bad civil society. We have several movements or civil groups that meet all of the criteria of so-called civil organizations, but they don’t work according to democratic values. They are radical movements. One of them was even disbanded by the Court.

Which one was that?

The Hungarian Guard. It is a radical organization, but was registered as an association. They had many volunteers, local supporters and donors, were very active in public life. They have all the typical features of civil organizations, but the problem is that they are Nazis. They do not act in the democratic dimension. They were disbanded, but they have not completely disappeared and they are not the only ones.

So this is what you mean by “bad civil society”?

Yes. There are several organizations that use democratic tools and legal loopholes based on antidemocratic motivations and aims. Overlapping this is the over-politicization of society and this can be observed in the third sector.

Civil movements and associations, which serve entirely political ends. Many are linked to right wing parties. It’s a very sensitive period and because of the crisis there are several NGOs that are active, but politically and not in a healthy way.

What can be done?

The challenge is to figure out how to respond to these undemocratic initiatives. It is a tricky situation and I think it goes back to the French Revolution: What can we do with the enemy of freedom who uses the tools of democratic institutions and states?

Will things change for civil society after the elections on April 11th and 25th? It seems clear that the right wing party Fidesz will win.

We are in a fever of elections right now. There’s a good chance we’ll have a new party in parliament. The positive thing is that at least on paper all the big political parties support the civil sector and regard it as an important actor. If the right wins, certain functions of organizations may actually become more important, such as legal defense, watchdogging, safeguarding democratic values and government control.