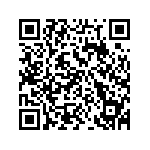 The number of women in the European Parliament increases by 1,25%: at this pace it will take half a century until we reach gender parity

One week after the European Parliament elections, the European Women’s Lobby (EWL) and its members has been analysing the election results with regards to the representation of elected women elected to the European Parliament. The percentage of women in the EP, the only directly elected institution of the European Union (EU), stands at almost 37%, this is an increase of 1,25% in comparison to the European elections in 2009.
EWL Secretary General, Joanna Maycock, states “with this snail’s pace it will be another half a century before the European Parliament would reach gender parity in 52 years, despite the fact that women make up more than half the EU’s population.”
A two-speed Europe for parity
The election results show a clear picture with regards to political families’ commitments to reach parity. The conservative and far right parties are lagging behind in comparison to center and left parties. During its 5050 campaign “No Modern European Democracy without Gender Equality” ahead of the EP election in 2014 the EWL demanded best-fit quota systems according to the national electoral systems. Evidence shows that whether a quota/parity system reaches its objectives depends largely on effective sanctions. A conclusion which has been confirmed through the results of the EU elections 2014. In this sense for example the S&D political family performed notably well with regards to women candidates elected into the EP with a percentage of 45.5%. On the contrary the share of women is only 30.4 % in the political family of EPP.
Voter apathy and the swing to the right jeopardises women's rights
In large parts of Europe the low voter turnout and success of far right and populist parties represent a risk to the development and implementation of progressive anti-discrimination policies including women’s rights and gender equality.
The backward looking ideology and openly misogynist views of some of the parties and individuals elected represents a challenge to Europe’s relative success in tackling gender inequality.
Joanna Maycock says “we are concerned that support for women’s organisations will also be further under threat as we have already observed in our work on austerity.”
There is still a chance for a real step forward
The political families within the European Parliament have a unique chance to change the image of European Politics out of touch with voters by having a leadership which better reflects the diversity of the electorate. The political groups must give women voters and elected women the same voice and weight, as their male counterparts. Political parties have the opportunity to bring change and parity to the EP by nominating women and man as candidates for the European Parliaments presidential elections.
The EWL demands from all political groups to ensure gender parity and non-gender biased portfolios when nominating and appointing MEPs for decision-making positions in the EP.
Women are not a minority, but represent the majority of the European society. Therefore, women must be represented in all portfolios of the decision-making positions in the European Parliament. EWL Fundraising Coordinator and Policy Officer, Serap Altinisik, remarks “gender can only be mainstreamed when women have a say and are involved at all levels of decision-making by chairing for example committees of the EP.”