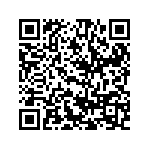 "Special pension privileges ? are no longer fair" says French president Sarkozy who also claimed some days ago to have been elected "to change France". But it looks like it will be hard to stop the wave of strikes, especially considering the increasing gap between union leaders and strikers. For Sarkozy's left-wing opponents on the ground, "the retirement reform is a symbol of what they see as a greater threat to the social and labour protection that have underpinned France?s economy for decades". These comments, that were made by CNN, have just been confirmed by the decision that some unions have taken to link the strike to the civil servants protest set for the 20th November and the lawyers protests for next week across the country.

In the meantime, French commuters and tourists are suffering the bleak prospect of limited train and tube services.

On a more general basis, the French ?malaise? is back once more. This time the reasons differ to those that have, for years, prevailed as the main elections are now far away. But there is a common missing link to all of the protests that are going on: solidarity. Especially solidarity with the so-called poor (on or without benefits, unemployed or working poor people) and social cohesion may take on a more important role if this situation lasts for more weeks.

The key question seems to be how to rebuild the new pillars of democracy and solidarity in the knowledge that the economy and sectors of society are still on their own. While France is facing a difficult revolution, the country needs to urgently address these issues. For the time being, civil society is scared, and unions fear to loose their members.

?Special pensions? explained
Benefits 1,6m workers, applies in 16 sectors, of which rail and utilities employees.
Some workers can retire on full pension aged 50 or 55.
With the new plan, the majority of employees will from now on pay into the public pension fund for 40 years as opposed to 37,5 years, as it currently the case.