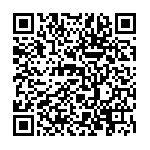 A research carried out by YouGov poll reveals that nearly two-thirds of the British public would prefer their local services to be delivered by social enterprises.

The 64 per cent of the adults consulted have declared that, for the same cost, they would choose a "business that reinvests its profits for the benefit of the community" to run their local healthcare, rubbish and transport services.

The 5 per cent said they would choose a "traditional charity", the 11 per cent would prefer a Government institution and the 9 per cent a "business that generates profit for owners and shareholders".

YouGov is professional market research agency which uses the information technology to collect higher-quality in-depth data. The research has been carried out for the Social Enterprise Coalition.

Jonathan Bland, chief executive of the Social Enterprise Coalition, believed that social enterprises were the logical choice to deliver public services for their value to combine a public sector ethos and commercial efficiency.

"The movement already enjoys wide cross-party support and we are delighted to see the British people are aware of what social enterprises are doing to transform communities across the country," he said.

The UK Government has also announced that social enterprise will form a core part of the GCSE (General Certificate of Secondary Education) business studies syllabus from next September.