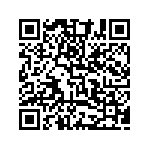 As of the 1st of January coal and electricity will be eco-taxed. The government and the environment certainly stand to gain, but who looses out?

As of the 1st January 2008 Czech citizens who heat their houses with coal or electricity must pay a supplementary ecological tax. The eco-reform, promoted by Mirek Topolànek?s government, aims to encourage people to save energy and to switch to renewable energy sources.

It is estimated that more that half a million houses are heated with coal stoves in the Czech republic today, while 120 million use electricity as their main source of power for heating. The eco tax in place since the start of the year will increase coal bills by 10% and electricity bills by 1%. According to authorities the tax will be beneficial not only to the environment and atmosphere, but also to household health, as burning coal release toxic fumes that are harmful to human health.

Social analyst Jan Prochàzka, however, highlights that those who are most likely to be affected by the tax are the elderly. ?Few elderly people are able to switch to different fuel sources as they do not have the resources to make the change. In my opinion the eco-tax looses its meaning when seen in this context?.

The eco-tax will also affect companies that need great quantities of power for their production purposes. Paper factories, the textile industry, bakeries and breweries will all be forced to increase their prices to make up for the increased production costs. The Czech chamber of commerce has voiced its fears that this will result in Czech products loosing out in national and European markets, where goods must compete with Asian imports. For this same reason Austria has postponed the implementation of a similar eco-tax until 2012.

The Czech Minister of Finances has estimated that the tax will provide a revenue of approximately 4,500 coronas ? that is to say 161 million euros, but it is as yet unclear whether these funds will be used to finance environmental projects.