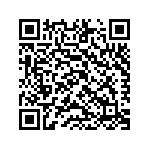 The plans for Croatia to conclude the negotiations with EU by 2009 and join the Union in 2001 are increasingly less realistic, says Hannes Swoboda, the European Parliament Reporter for Croatia, in his interview for Vienna?s Die Presse.

Swoboda emphasizes that the Government of Croatia, according to the European Commission, doesn?t implement sufficient reforms in three areas: judiciary, industry (shipbuilding in particular) and fishing and estimates Croatian chances to achieve the plans in the set deadlines at 25 to 30 percent.

For Croatia to join EU in 2011, it has to conclude the negotiations by Janaury 2009 at the latest. After that, the experts will need two to three months to prepare a detailed Agreement on Association, which has to be ratified by all member-states, a procedure that can take a full year and a half.

"We have to use 2008 to get as many positive results as possible, for the time is running out", warns Swoboda.