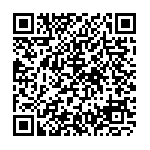 European civil society bodies are calling for the EU Reform Treaty to be approved.

The Treaty will receive its second reading in the House of Commons next Monday (21st of January), and it could be ratified by all 25 member states by the end of the year.
It could be a first step for an EU style Compact. In UK the Compact is an agreement between government and the voluntary and community sector to improve their relationship for mutual advantage and community gain.

It will be th efirst Treaty to recognise the position of civil society, commit to the eradication of poverty, and consider non-discrimination as one of the main goals for the Union.

The Treaty includes the possibility for the civil society bodies to make their direct proposals to the Commission through petitions with over 1 million signatures from a "significant number" of member states. The Commission will not be obliged to adopt the proposals, but must consider them.

?We are pleased with the emphasis that the EU Reform Treaty has placed on the EU's relationship with European citizens and civil society, the result of committed campaigning by NCVO and our partners in Europe.  As a result we will be calling for the ratification of the Treaty.

?However, we do not believe that the Treaty goes far enough, in terms of the EU's relationship with civil society, and will continue our campaign for an EU style Compact through the Citizen's Initiative, by working in coalition with European partners and meetings with the Commissioner for Communication, Margot Wallstrom, and the European and Economic Social Committee.?