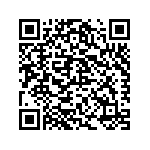 Milan's homeless are tired of being invisible spectators and have decided to let their voices be heard. How? By writing their own blog and taking their lives into their own hands ...

?Please don?t cross the yellow line ??. If you are one of the one million people who travel on Milan?s underground every day you will be familiar with this warning. If not, you may soon be hearing the phrase more often (in a very different context) as it has become the name of the first association to be run by homeless people in Italy. Don?t cross the yellow line is based in Milan and aims to give those who know poverty first hand a chance to be an active part of real projects and initiatives.

The organisation?s two biggest aims? To create a self-run dormitory and a network of ?tramps? in Italy?s main train stations, starting with Milan?s Central Station and Rome Termini.

?The important thing?, explains Victor, who describes himself as a homeless philosopher, ?is that our world and the real world learn to communicate?. Andrea Berra, the president of Don?t cross the yellow line (Non superare la linea gialla, in Itlian), on the other hand, highlights that it is important that homeless people be their own agents of change.

Which is why they have chosen to set up a blog (www.lineagialla.org) to collect the thoughts, poems, worries, ideas and voices of people who are often invisible spectators of society.