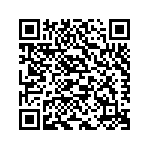 Kids of Hope, an NGO that fights youth homelessness in Turkey, has called on local authorities to do more for children who live on the streets. In one year the problem could be solved

The Umut Cocuklari - Kids of Hope - Association aims to bring children and young people who were pushed into street life back into society. The president of the association, Yusuf Kulca, recently stated during an interview on Yön Radio that if the municipalities cooperated, in a year's time homeless children could be taken off the streets.

The interview took place during the weekly My Universities radio show and Kulca spoke about what, in his opinion, needs to be done as well as the work his association carries out.

Night shelters and rehabilitation needed
The association is working on founding a rehabilitation centre in Catalca, a district of Istanbul around 50 km to the North-west of the city centre. Kulca also emphasized that as a priority shelter had to be offered to children living on the streets: "Children and young people living on the streets need somewhere to stay at night, and this needs to be provided by the municipalities. In Istanbul, at least 10 night shelters need to be created. Istanbul?s 32 district municipalities need to come together and collaborate on a common project. They have not done anything on this issue yet, but the problem could be solved within a year if there were a project under the coordination of the Greater Istanbul Municipality."

Migrant children supporting their families
Kulca also pointed out that big cities were receiving more and more migration: ?People think that families migrate to big cities. But really, 14 to 15-year olds live in in houses for single people and try to support their families. On average, 25 people live together in three-room flats. They do this to earn a little bit of money. Cities have to stop being centres of migration, because they breed population explosions and safety problems.?

Kulca also spoke about the prejudices which others had about street children. The children were not being helped, they were also looked down upon; this was mainly due to the negative news coverage of street children.

?We try to create an environment which protects us from these children, who we have taken out of the education system, and who then face us as problems.?