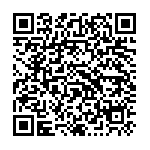 The Council of Europes Convention on Action against Trafficking in Human Beings ( CETS n° 197) enters into force on 1 February 2008 and applies to all victims of trafficking: women, men and children

The Council of Europe?s Convention on Action against Trafficking in Human Beings ( CETS n° 197) enters into force on 1 February 2008. The Convention aims to prevent trafficking, protect the human rights of victims and prosecute traffickers. It applies to all victims of trafficking: women, men and children alike; to all forms of exploitation (sexual exploitation, forced labour, servitude, removal of organs etc.) and it covers all forms of trafficking: national and transnational, related or not to organised crime.

The treaty enters into force on 1 February 2008 with regard to the first ten countries which ratified the Convention: Albania, Austria, Bulgaria, Croatia, Cyprus, Denmark, Georgia, Moldova, Romania and Slovakia. It will enter into force with regard to Bosnia and Herzegovina, France and Norway on 1 May 2008.

The Convention, which was opened for signature in Warsaw in May 2005 at the 3rd Summit of Heads of State and Government of the Council of Europe, has been signed, but not yet ratified by 24 other member states: Andorra, Armenia, Belgium, Finland, Germany, Greece, Hungary, Iceland, Ireland, Italy, Latvia, Luxembourg, Malta, Montenegro, Netherlands, Poland, Portugal, San Marino, Serbia, Slovenia, Sweden, ?the former Yugoslav Republic of Macedonia?, Ukraine and the United Kingdom.

This main features of the new Convention, the first European treaty in this field, include:

The Convention provides for the setting up of an independent monitoring body capable of controlling the obligations contained in it. To this end, within one year of the entry into force, the Council of Europe will set up the Group of Experts on Action Against Trafficking in Human Beings (GRETA), formed by ten to fifteen experts.

Trafficking in human beings is a worldwide phenomenon often linked to organised crime. According to the International Labour Organisation, up to 2.45 million people throughout the world are victims of human trafficking every year. The illicit profits of this trade amount to 33 billion dollars annually, making it the third most profitable criminal activity after illegal drugs and arms trafficking.