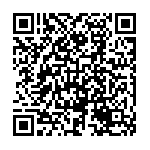 A committee for cooperation with non prfoit organisations created in 2007 by the government is looked as with doubt by civil society, who claim it is another empty political move ...

Polish civil society has expressed its doubts regarding the ?Under-committee for cooperation with non profit organizations? created in December 2007, supposedly to support the Polish third sector and influence legislative changes within the sector. The under-committee functions within the existing Committee on social policy and includes 7 members of parliament from different parties.

The creation of the under-committee by the current government, run by the Civic Platform (PO) party (the PO party member also chairs the Committee on Social Policy) was meant also as an expression of the government?s desire to support the nonprofit sector. The Prime Minister had spoken of his support for the sector in his expose. But there are growing doubts about the real necessity for the body, and many accuse the government of yet another empty political move to distance themselves from the institutions created by previous governments.

A Parliamentary group for the non profit sector already exists...
At the same time as the new under-committee was being created, the Polish parliament was also re-instating an institution created by the previous government, the Parliamentary group on cooperation with non profit organizations, that has the same purpose as the under-committee and is also made up of members of Parliament. The only difference is that the newly established group consists only of members of the lower chamber of the Parliament and therefore has legislative powers. In practice, however, this difference in not that significant as any member of the Parliamentary group on cooperation with non profit organizations as a member of Parliament can convince other members of the groups and committees they work in to initiate legislative changes.

It is also worth mentioning that the Parliamentary Group on Cooperation with Nonprofit Organizations has been and is still chaired by the very Speaker of the Senate who is a very influential person in the Polish Parliament.

The question of whether it was really necessary to create a new group so similar in its goals and form to one already in existence is one that Polish society is asking its self in these days. Especially because there is now the risk that both bodies end up ?reinventing the wheel? as they both tackle the same problems. The newly established under-committee has so far held three meetings; all three touched upon topics that had already been discussed at the Parliamentary group?s meetings last year. Wouldn?t it better to move things forward instead of starting the same things over from scratch?