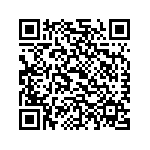 London Mayor Ken Livingstone on Tuesday announced a stinging new charge on driving gas-guzzling vehicles into the centre of the capital, in a bid to cut pollution. People with the most polluting cars, such as sports utility vehicles and high-powered performance cars, will pay a daily charge of 25 pounds to drive into central London.

Most drivers will continue paying the regular eight-pound charge, a measure introduced by Livingstone five years ago in a move to cut traffic congestion that has been watched closely by other major cities including New York.

However, those with the lowest carbon dioxide-emitting vehicles will become exempt under the new plan, Livingstone told reporters. It is the latest radical scheme targeting London's traffic pollution and congestion problems.

The mayor will introduce the charge on October 27, providing he gets re-elected in May for a third four-year term.
"I believe this ground-breaking initiative will have an impact throughout the world with other cities following suit as they step up their efforts to halt the slide towards catastrophic climate change," he said.

"I think the scheme will start a cultural revolution whereby drivers in every city in Britain start to think about the impact on the environment of their choice of car and how they plan their journeys." Livingstone hopes the initiative will raise 30 to 50 million pounds per year, which will largely be invested in cycling schemes.

The mayor has long demonised off-road vehicles, dubbing them "Chelsea tractors" after the plush west London district where they are a popular status symbol. He professed every sympathy with Scottish hillfarmers who needed them but said it was ludicrous to plough one through London's city streets.

Of the cars currently driving in the congestion charge zone, 17 percent would be liable for the 25-pound charge, while two percent would not have to pay anything, Livingstone said. He called it was the world's most ambitious scheme to reduce greenhouse gas emissions from urban traffic. "The carbon dioxide charge will encourage people to switch to cleaner vehicles and ensure that those who choose to carry on driving the most polluting vehicles help pay for the environmental damage they cause," he said.

Vehicles emitting up to 120 grammes of carbon dioxide per kilometre will be exempt from the congestion charge.
Vehicles emitting more than 225 grammes of carbon dioxide per kilometre, as well as those registered before March 2001 with engines larger than 3,000cc, will pay 25 pounds per day. The standard eight-pound charge applies to all other vehicles.

"Nobody in their right mind drives into central London unless they really have to," Livingstone added. Environmentalists welcomed the move, while businesses groups feared congestion could increase if low emissions car drivers flock back to the capital.

Livingstone introduced the congestion charge in February 2003. London is the biggest conurbation in the world to charge such a toll and city chiefs from around the globe have considered copying the idea.

The US embassy is unhappy about the congestion charge, in force from 7:00 am to 6:00 pm Monday to Friday. Diplomats, citing tax exemptions, refuse to pay it and have racked up more than one million pounds in unpaid bills.

Earlier this month, London introduced Britain's first low emission zone in a bid to cut air pollution, whereby drivers of high-polluting trucks must pay 200 pounds a day to enter the metropolis. Manchester, Britain's third city, plans to introduce road pricing by 2012, although Edinburgh residents voted overwhelmingly against a scheme in 2005.