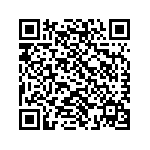 Ending Street Homelessness, a campaign to stop people in Europe from having to sleep rough, is calling on MEPs to back a written declaration and change

Cris Silencieux, a silent cry. This is the title of the photographic exhibition inaugurated this week at the European Parliament by civil society representatives from across Europe who are trying to mobilize support for their campaign to bring an end to street homelessness by 2015. The campaign, called Ending Street Homelessness, is being coordinated by 14 major European networks that work with the homeless including Feantsa (the European Federation of National Organisations working with the homeless), Caritas Europa and the European Anti Poverty Network.

In December a written declaration to end homelessness in Europe (0111/2007) was registered in December 2007; by the end of January 197 Members of the European Parliament had adhered. But more support is needed if the necessary quota of 400 for the declaration to be adopted is to be reached by the deadline date on March 26th 2008. Which is why this weeks photographic exhibition is crucial to the campaign?s success, as here MEPs will be able to sign their support to the declaration.

The exhibition has been backed up with an open letter addressed to all MEPs calling them to acknowledge that homelessness and housing exclusion needs to be tackled as a priority. In the letter that was sent on the 12th February by the 14 civil society organisations promoting the campaign the declaration was said to be ?an excellent opportunity? to show ?consensus and political courage for the respect and promotion of fundamental human rights across the EU?.

Homelessness, according to the campaigners, is ?possibly the most extreme form of poverty and exclusion? and has far reaching implications both at the individual and social level. Political courage and concerted action is needed, say Feantsa in a press release, but ?it is possible to ensure that no one has to sleep rough in Europe due to the lack of adequate services?.