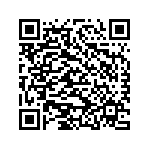 Croatian schools are looking for European schools to partner with in a contest that aims to celebrate the Year of Intercultural Dialogue. The contest will end on May 1st

The European Commission's Delegation to Croatia and Croatian television HRT are organising a contest for children and youth to celebrate the European Year of Intercultural Dialogue. The project will connect Croatian pupils with their European peers. In Croatia, many schools have already signed up. Now schools across Europe are invited to join the project.

Teams of three children and one mentor from Croatian schools are encouraged to find a partner school/students somewhere in Europe. Together with their peers abroad, they will dialogue and create a joint project, which will underline both similarities and differences among them.