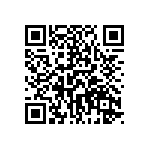 A new report from the EU Fundamental Rights Agency (FRA) turns the spotlight on European Muslim Communities. The report named "Community cohesion at local level: addressing the needs of Muslim Communities" is launched at Brussels on 3 March.

The Committee of the Regions (CoR) and the EU Fundamental Rights Agency (FRA) jointly organise the launch of a new FRA report on "Community cohesion at local level: addressing the needs of Muslim Communities". The report follows on a previous study by the FRA predecessor, the European Monitoring Centre on Racism and Xenophobia (EUMC), which in November 2001 examined the measures in place aimed at promoting equality and tolerance in relation to Muslim communities at the local level in the report, "Situation of Islamic Communities in five European cities".