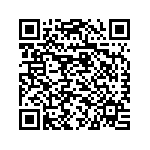 Doctors across Hungary have launched a petition to prevent the National Addiction Institute, a government-run hospital centre in Budapest, to be closed down.

Doctors across Hungary have launched a petition to prevent the National Addiction Institute, a government-run hospital centre in Budapest, to be closed down. The Hungarian health minister, Ágnes Horváth, has ordered that the Institute be closed on May 1st and that its tasks are to be distributed between two medical centres.

?This is a typical Hungarian situation? said Béla Buda, Director-General of the Institute, who received notification about the closure only on Monday 10th March. Buda added that, despite the financial problems of the institute, it would be more reasonable to continue operating it. The operating costs of the institute totaled only Ft 20-30 million (?80,000-120,000) a year, while the closure might cost Ft 100-200 million (?400-800 thousand) due to the resignations and moving, explained Buda.

Addiction specialists have launched a petition to save the institute and are collecting signatures. The Budai Fiatalok Egyesülete (Buda Youth Association) expressed its support for the petition and sent an open letter to the Hungarian media, pointing out the fact that the institutes supposed to take over the tasks of the addiction center lack both the capacity and the financial background to complete these duties. The letter adds that, in a country where the number of alcoholics is 800,000-1,000,000, with 250,000-300,000 regular drug users, closing such an institute is irresponsible. The association encourages professional and political organizations to support the petition and make efforts to save the institute.