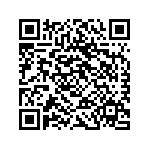 UN experts noted that they were still concerned about whether new anti-corruption institutions and laws woud lead to concrete actions, as well as the fact that the in the answers to questions on domestic violence, distinctions are made between Macedonian and Roma women, which could foster discrimination.

Amnesty law
U.S. Expert Ruth Wedgwood expressed support for the way in which Macedonia had met the challenge of ethnic discord, and asked whether the country?s amnesty law excluded crimes rising to the level of crimes against humanity.

"Were the four cases returned to national jurisdiction from the International Criminal Tribunal for the Former Yugoslavia subject to the amnesty law? Under what conditions could amnesty be granted and how was such a granting generally received by the public and civil society?", asked Wedgewood, noting the importance of the answers to courts investigating those types of crimes around the world.

Zero tolerance for corruption
Mihajlo Manevski, Minister of Justice, who headed the country delegation and introduced its report, stressed the Government`s zero tolerance policy towards corruption and its determination to step up the fight against organized crime.

He said hotlines had been established to enable citizens to report corruption, and prosecutions had targeted high-level officials, including deputy ministers, judges, attorneys and police officers.

Dearth of women leaders
Regarding the status of women, another delegation member acknowledged the dearth of women in Government, but noted that the Government had approved a national plan of action to foster equality between men and women. As for the image of women in society, efforts were being made to eliminate certain stereotypes that had been established over decades and centuries.

On police treatment of the Roma and other minorities, a delegation member said that, overall, the police followed the rule of law and were not selective in carrying out their duties. All ethnic groups were treated fairly and, because the Government was aware that certain populations had historically been marginalized, law-enforcement officials were charged with paying specific attention to their needs.