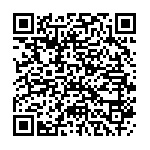 The UN has long enjoyed the view of Lake Geneva from its offices, but will now turn their setting to a practical advantage and use the Lake's water to cool and heat their buildings

International organisations have long enjoyed the glorious view of Lake Geneva from their offices, but will now turn their setting to a practical advantage, by using the Lake's water to cool and heat their buildings. The United Nations, the International Committee of the Red Cross, the International Labour Organisation and the World Health Organisation, all based in Geneva, have signed up to an innovative energy-saving project. The thermal exchange network - in operation by the end of 2008 - will allow participating organisations to reduce their consumption of fuel and water and cut carbon dioxide emissions.

Geneva is the European headquarters of the UN and host to 22 international organisations, including the World Trade Organization (WTO) and World Health Organization (WHO). Together they employ around 35,000 people, with about 8,500 staff working for the UN alone. This results in sizeable air-conditioning and heating bills and a large carbon footprint. The UN's global annual greenhouse gas emissions are estimated at around one million tonnes of CO2.

"To heat or cool the conference rooms and offices in the United Nations you need a lot of energy," Anatoli Kondrachov, head of the UN's Procurement and Contracts Unit, told journalists on Wednesday. In December 2007 UN Secretary-General Ban Ki-moon described plans to make all UN premises and operations "climate neutral" in a letter addressed to heads of UN agencies. So the Genève-Lac Nations project, part of a long-term cantonal strategy couldn't have come at a better time for organisations wanting to do their bit for the environment.

"A big radiator"
"The principle is simple; it's like a big radiator," explained Philippe Durr from the local power company Services Industriels de Genève (SIG). Presenting the project on Wednesday, Durr said the new installations would be implemented gradually in 2009. The thermal exchange network uses water from Lake Geneva to cool and heat both new and existing buildings with a source of renewable sustainable energy.

Lake water is pumped from around 40 metres below the lake surface two kilometres from shore, piped inland and shared with the local network comprising ten organisations, a conference centre, school, hotel and several businesses just north of the city centre.

For air conditioning, heat exchangers integrated into existing systems cool the piped water. Heating is provided via modern, sophisticated heat pumps that produce hot water at 48 degrees Celsius, eliminating the need for energy-intensive boilers, burners, chimneys and fuel tanks. The piped water can also be used to irrigate local parks and gardens, saving 400,000 cubic metres of drinking water per year, which is currently used for this purpose.

For Durr, the project is a perfect example of "sustainable development" in action. Lausanne's Federal Institute of Technology has a similar project using water from Lake Geneva to heat and cool a building, but "nowhere else in the world does such a project exist of this size", he added.

One downside, he noted, is that the network is limited in size and cannot be extended to the whole city. The pipe in the lake can only suck up so much water and that determines how much hot and cold water you can distribute. If we wanted to have more clients we'd have to change the whole system," he said.

Savings
The UN estimates the network will allow it to save some SFr60,000 per year over a 16 year period, but the task of reducing its carbon footprint still remains Herculean. We have buildings that were constructed in the early 1930s and 1950s and we needed to renovate them. We are working hard to make them environmentally friendly, changing the facades and windows," said Kondrachov.

Unfortunately the "old dinosaur" ? the Palais des Nations building ? is too ancient to heat using the low-temperature thermal exchange system. But the UN is taking the opportunity to replace its oil-fired heating system with cheaper, more environmentally friendly natural gas.

Overall it is estimated that the implementation of the new network will result in annual reductions of 2,200 tonnes of CO2 emissions ? half attributable to the UN.