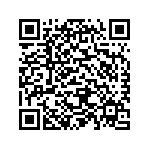 An east London social entrepreneur is garnering support to establish a social enterprise business park as part of the legacy of the 2012 Olympics.

Sion Whellens, client services director at printing design cooperative Calverts, came up with the idea of a so-called &apos;square mile&apos; for social enterprises to mirror Canary Wharf in London&apos;s Docklands.

Whellens said the park would be a way to harness the Government&apos;s promise of a &apos;sustainable Olympics&apos; for the benefit of social enterprises. Its supporters want it to be incorporated into the Olympic Delivery Authority&apos;s &apos;legacy masterplan&apos; for the lower Lea Valley.

"In London there are a lot of social enterprises but we are very dispersed, so there is no real geographical centre for us," Whellens said. "The park could be structured as a community land trust so that the increase in land values could be of real benefit to the enterprise community based there."

Whellens said he had so far received encouragement from a number of entrepreneurs and was trying to find a high-profile champion to commission and run a feasibility study on the project.

Allison Ogden-Newton, chief executive of Social Enterprise London, said that this was a very exciting idea. "We could experiment with combining a social enterprise leisure centre, school, doctors surgery and housing association all in one industrial park," she said.

Whellens suggested that the plan could be overseen by the London Development Association and the ODA, with support from the London boroughs of Tower Hamlets, Hackney, Newham and Waltham Forest.