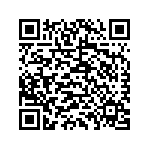 The International Center of Tolerance reveals "grim" statistics on racial violence, the majority of victims from African, Middle Eastern, Asian, Western countries as well as the Caucausus

Peyman Mokhkhamadi, the head of the Iranian Council at the Kyiv Polytechnic University, wouldn?t look like a victim of racist abuse. However, this tall confident young man with an open smile acknowledges that he?s felt racial hostility more than once. ?Few foreign students survive an assault and few want to talk about it,? Mokhkhamadi said.

Larysa Loyko, director of the International Center of Tolerance, revealed the grim statistics on racial violence: ?In 2006, 14 people were assaulted, two perished. In 2007, nearly 70 were attacked and six perished, and since January this year, there have been at least 10 attacks on minorities.? Most of the incidents occur in Kyiv, Kharkiv, Simferopol and Odesa. The majority of victims were from African, Middle Eastern, Asian countries, the Caucausus and noticeable minorities from Western countries.

Crimes not reported
This year alone seven persons in the capital became victims due to the color of their skin, and two died. Even a professional American basketball player, Marcus Feyson, playing for the Kyiv team was attacked. ?Officially we were not informed about every fifth crime against foreigners in Ukraine,? said Oleh Martynenko, head of the Monitoring of Human Rights Observance Department at the Ministry of Internal Affairs (MIA).

The 20 percent that were not reported dealt with foreigners legally staying in the country, while crimes committed against those illegally staying are impossible to count, he said. ?An illegal can certainly go to the police but there can be complications for him,? said Martynenko. ?And it is a real problem because (racists) know that an illegal will not complain to police and they can beat him to death.? Mokhkhamadi doesn?t hide his irritation telling his story. He tried to talk with the teenagers confronting him. They replied, ?Go to your own country, there is no place for you in Ukraine.? Then one kicked him in the back.

?I was shocked and didn?t understand it,? he said. The Iranian did not go to police saying it didn?t make sense, as he?s seen policemen ignore these incidents before. A Vietnamese man living in Kharkiv for four year once informed the police and they ?took away my documents and demanded money to return them.? The MIA emphasizes processing racial, nationality, or religious criminal cases is under the jurisdiction of the Public Prosecutor?s office and only internal affairs organs conduct such investigations. According to Novynar, last year only two criminal cases were prosecuted under article 161 of Ukraine?s Criminal Code. The first was against three Odesa citizens who vandalized a Holocaust monument, the second against four Kyivans who beat a North Korean citizen to death. This year during an investigation into the murder of a Congolese man, two Kyivans acknowledged membership in a skinhead gang. Suspects in the murder of a Sierra Leone native also admitted similar ties.

Xenophobic atmosphere growing
The MIA officially acknowledges the existence of 500 skinheads in Ukraine. Minister Yuriy Lutsenko also cited this number with the caveat that this was true as of 2006. Until recently skinheads were referred to as ?hooligans? in police reports, and police did not see them as a unique threat. ?We can?t say how many of them exist now as the investigation is ongoing,? Martynenko said.

International groups and institutions have expressed their concern about Ukraine?s xenophobic atmosphere. Official American and French Web pages give warnings of existing dangers to their citizens. Ukraine was also mentioned at length in the European Human Rights Commission report on racism and intolerance presented last February. Mokhkhamadi is convinced that for the large part Ukrainians are a kind and intelligent people and race discrimination damages this image. ?I have watched the matter closely for a few years, and the main abuse is directed at students, athletes and diplomats, who then leave the country and spread [the negative views] around the world,? he said.

To some extent this is confirmed by research from the Tolerance Center showing that of all the foreigners attacked last year, more than half were students, four were rabbis, one a football player, one a diplomatic consul and another a Mali press secretary. However none of the polling experts interpreted these facts as a ?conspiracy theory? but simply a coincidence. According to research conducted by the State Institute of Family and Young People Development last year, racial intolerance is demonstrated mainly by unemployed teenagers, which amounts to 2.8 percent of young people. At the same time, nearly a third of young people consider it necessary to limit the number of foreigners working in the country.

The civic association, Patriot of Ukraine, is often mentioned in relation to growing racist sentiment, specifically because the group staged a march against illegal immigrants last year. Serhiy Bevz, the organization&apos;s Kyiv chairman, denies any connections to skinheads and avoids the term ?racism.? The Patriots support saving the nation?s gene pool, Bevz said. So far, a Patriot tracks down illegal immigrants and hands them over to the police. ?With more influence over the state, we will lobby for laying down harsher terms for people arriving in Ukraine and stricter punishments for illegal immigrants,? he said. Taras Vavryk, psychology lecturer at the Ministry of Foreign Affairs Academy, characterizes the division ? ?our people and strangers? ? as a primitive atavism. He notes xenophobia mostly involves people of low social status and income. Taking into account their insufficient level of education and general culture, they are easily influenced. And they are exploited in the name of their leaders? personal interests, both political and economic.

?So far we?ve got a poor imitation of Russian skinheads. We are glad to say that it is unorganized, but it is better to fight the problem before it is too late,? Martynenko cautioned.