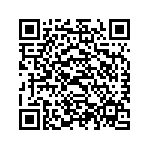 Acevo CEO Stephen Bubb gives us the inside story to the Progressive government summit hosted in London 4th - 5th April, and reveals what role the third sector is to play in future governance

On Friday 4th April Gordon Brown hosted world leaders and international policymakers, government advisers and experts to debate on "an inclusive globalisation: promoting prosperity for all" at the Progressive governance summit, an event organised by the Policy Network.

At the event, participants addressed some of the most pressing issues facing progressive governments across the world today, including economic and social change, poverty and development, climate change and migration, as well as how international institutions can be reformed to meet the new challenges that globalisation presents.
Acevo CEO, Stephen Bubb gives us the inside story straight from the field (and his blog)?

For the last 2 days I have been at a summit on " progressive governance" . This is an event that has been put on by the Policy Network ( an international think tank based in the UK ) for the last 8 years and devoted to the advancement of progressive policies amongst world governments. This year the event consisted of a one day interactive conference and then a Foreign Office sponsored Summit hosted by Gordon Brown and involving 15 heads of government/state on the more progressive side of the wire!

A number of us from the third sector had been invited and so there were various CEOs attending like Oxfam, CAFOD, Action Aid ,the barrow Cadbury trust and Diane Hayter ( who is chair of the Labour Party but was one of the founders of acevo ).

What was depressing was that in all the discussion on the key issues we face; how globalisation can be inclusive , how to tackle climate change , poverty and trade and the threats to democracy and accountability , there was little reference to the role that the third sector or civil society organisations must play .

That is apart from me raising this in 2 interventions in both of the plenary sessions.

It was particularly good that the final plenary of the conference on Friday consisted of a panel of Gordon Brown , the new PM of Australia , Kevin Rudd , the PM of New Zealand Helen Clark and the President of Chile.

Brown & the collective power of NGOs
In fact Gordon brown was the first leader to raise the collective power of NGOs and the growing ranks of such and the need to work with the sector . This gave me the perfect opener for a question to the 4 leaders which was how did they expect to tackle the challenges of the 21st century through government and political party action only and without the active engagement and involvement of the third sector and organisations in civil society: and if they believed that to be necessary what plans did they have to secure engagement.

To be fair to the panel they all tackled the question. Helen Clark talked of the role the third sector plays in a wide range of services and how " proper funding " was essential (music to acevo ears !). Kevin Rudd talked of the " nascent " power of the sector which was growing and was turbo charged by new technology. The President of Chile said that they ensured that in all policy development and new laws they has extensive talks with stakeholders.

I had a brief word with Gordon Brown afterwards to say thank you for ensuring that the role of the sector was put on the agenda , and how that is essential but often overlooked. And I also had a word with Kevin Rudd. They are now developing a Compact in Australia and are talking to the sector about engagement. Last year I had been in Australia and had extensive meetings with sector representatives and also spent a day with the key people in the Labour Party there talking through their manifesto for the sector - I told them that a Compact was essential but that it had to have teeth to tackle failures to observe it and needed to be in legislation. Although I had been talking to the Deputy Leader he clearly knew I had been there and started talking about further developments on service delivery through the sector.

David Miliband also mentioned the sector role in his dinner speech at the evening event ( good to see Ed Miliband there too - our Minister and champion within the Cabinet).

The Saturday Summit was less satisfactory in that the discussion was limited to the heads of government and we sat around the room as back fill for the camera shots....we were certainly not to speak !

Bill Clinton & the NGO community
I&apos;m afraid the role of the sector was largely ignored until Bill Clinton made an impassioned speech about the need to engage the global " NGO community ",. he said it was not possible to tackle the challenge of climate change and poverty without working with that community . This was a very powerful contribution and Gordon Brown , sitting next to him was nodding emphatically.

And afterward Bill Clinton was the only leader there to work the room. I got to speak to him and he was interested in acevo &apos;s work . he mentioned the role of DEC here in bringing charities together ,. he said there was a need for us to work together. A good point. I told him acevo had been instrumental in the setting up of the Italian DEC.!

But just as in the UK the Government and opposition have got the message about the sector i believe over the next decade messages from people like me and other NGO Leaders will get this heard more clearly. As Clinton said a more broad based consensus is needed, and that is our job.