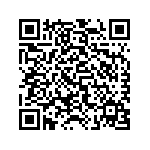 EU trade deals are unfair to developing countries and can lead to increased poverty warns a new report, Raw Deal, released on Monday by the World Development Movement

EU trade deals are unfair to developing countries and can lead to increased poverty warns a new report, ?Raw Deal?, released on Monday by the World Development Movement. According to the report the benefits of signing a free trade deal with the EU sit firmly with European businesses, rather than developing countries. The launch coincides with the UN conference on trade and development (UNCTAD), held in Accra, Ghana (commenced 21 April).

Assessing the development impacts of two existing EU bilateral trade agreements, with South Africa and Mexico, the new report ?Raw Deal? shows how one-sided these deals have been in favour of the EU.

World Development Movement trade policy officer Vicky Cann is attending the UNCTAD meeting to present these findings to developing countries that are on the EU?s hit list of future trade deals.

Vicky Cann, trade policy officer of the World Development Movement said: ?Highlighting the damaging impacts of EU bilateral trade agreements is critical at a time when the EU is pushing to open markets in over 100 developing countries with these deals. The evidence is stark; the EU?s trade deals are unfair and hurt the poor. The aim is to open up developing countries? markets for the benefit of European multinational companies, which hinders rather than helps the development of poor countries. In this time of rocketing world food prices, it is hard to believe that Europe seeks to open up developing countries? markets to heavily subsidised Europeans exports, putting their own farmers out of business and undermining food security.?

Recently campaigners from all over the world who are fighting Europe?s push to open markets in their countries raised the issue at a public meeting in the European Parliament. Norma Maldonado, of the International Gender and Trade Network Central America said: ?The European Union wants to impose things on us which they don?t impose on themselves, like demanding access to our agriculture markets even though they still have huge subsidies on their own agricultural goods. We are not against trade; we have a culture of trade but we are against the type of trade rules that the WTO, US and EU impose. And that is why we say no to European pirates! And we do not want to see a new form of colonialism in the 21st century where Europeans take our natural wealth and our people and we are left poorer.?

Charles Santiago, MP for the Democratic Action Party in Malaysia said: ?This is a re-writing of trade rules, in favour of European corporations. To other developing countries I say keep away from FTAs ? they do not work in your interest! Europe?s plans have been thwarted at the World Trade Organisation by developing countries, so now it is targeting countries individually to reap the rewards it couldn?t get at the WTO because countries were standing up and saying no together.?

John Ochola, of Econews in Kenya said: ?This battle against European trade deals goes to the heart of African and European society. We need a chance for our industries and our farmers to grow and then we link production of our sectors holistically. Without this it will be difficult to see how Africa can develop. Europeans must stand up to their governments and tell them not to make the poor poorer.?