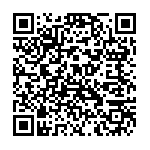 Sweden has long been a paradise for environmentalists and has been nominated as the country that has done most to save the planet twice. This is why

If there's a paradise for environmentalists, this Nordic nation of 9.2 million people must be it. In 2007 Sweden topped the list of countries that did the most to save the planet - for the second year running - according to German environmental group, Germanwatch. Between 1990 and 2006 Sweden cut its carbon emissions by 9%, largely exceeding the target set by the Kyoto Protocol, while enjoying economic growth of 44% in fixed prices.

Under Kyoto, Sweden was even told it could increase its emissions by 4% given the progress it had already made. But "this was not considered ambitious enough," explains Emma Lindberg, a climate change expert at the Swedish Society for Nature Conservation.

"So parliament decided to cut emissions by another 4% [below 1990 levels]. The mindset was 'we need to do what's good for the environment because it's good for Sweden and its economy'."

The carbon tax
The main reason for this success, say experts, is the introduction of a carbon tax in 1991. Swedes today pay an extra 2.34 kronor (24 cents) per litre when they fill the tank (although many key industries receive tax relief or are exempted). "Our carbon emissions would have been 20% higher without the carbon tax," says the Swedish environment minister, Andreas Carlgren.

"It was the one major reason that steered society towards climate-friendly solutions," reckons Lindberg. "It made polluting more expensive and focused people on finding energy-efficient solutions."

"It increased the use of bioenergy," concurs Professor Thomas B Johansson from the University of Lund, a former director of energy and climate at the UN Development Programme. "It had a major impact in particular on heating. Every city in Sweden uses district heating [where steam and hot water are piped to a building in a particular area]. Before, coal or oil were used for district heating. Now biomass is used, usually waste from forests and forest industries."

New energy sources
Sweden also became conscious of its dependency on fossil fuels early on, after the oil shocks of the 70s. "The country switched in the 80s to direct electric heating and in recent years increasingly uses heat pumps, which uses two-thirds less electricity to heat. People were also helped with subsidies to substitute," says Johansson.

And Swedes were perhaps environmentally aware at an earlier time than most. "The general public concern in terms of climate change really arose in the mid-80s. The authorities were very active in the creation of the Intergovernmental Panel on Climate Change in 1988," reckons Johansson.

"There was a real wish to turn Sweden into a leading environmental country," agrees Lindberg. "And Swedes are proud that their country is leading on environmental issues."

Today, environmental measures are common throughout the country. Take Linköping, Sweden's fifth biggest city, which is running its fleet of buses and rubbish lorries, a train line and some private taxis on biogas, from methane produced from the entrails of slaughtered cows.

Similarly, Stockholm's central station is planning to harness the body warmth of 250,000 daily commuters to produce heating for a nearby office block. The body heat would warm up water that would in turn be pumped through pipes over to a new office block. And King Carl Gustaf XVI last month had all the lights at royal castles turned off for an hour to back an energy efficiency campaign.

Gas guzzlers
But not all is fine and dandy. Swedes are in love with their gas-guzzling estate cars, and are among the worst vehicle polluters in the EU. Environmentalists are also concerned that the authorities' green enthusiasm is waning. "[Swedish PM] Fredrik Reinfeldt is pushing within the EU for more emphasis on flexibility, ie that a larger proportion of carbon cuts should be done outside of the EU than inside," says Lindberg which, she argues will not help the EU decrease its emissions enough to meet the target of limiting the Earth's temperature to less than two degrees Celsius.

The environment minister dismisses the claim, arguing that flexibility is the most-efficient way to reduce emissions at the European level and that it will help technology transfers to developing countries.

More broadly, is there anything Britain could learn from Sweden? "Homes have virtually no insulation in Britain. You could do a lot just by doing more of that," says Johansson. "When a building is renovated in Sweden, it can be properly insulated and renovated, cutting energy consumption by at least half."

"Impose a carbon tax," suggests Lindberg. "You would make it more attractive financially to go for green solutions than for carbon options." "A carbon tax is the most cost-effective way to make carbon cuts and it does not prevent strong economic growth," adds Carlgren.