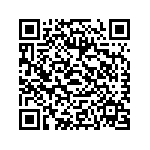 Money sent by migrants in rich countries more than doubled national aid for development figures in 2007,demonstrating the economic importance of immigration

Traditionally, money sent by migrants to their countries of origin are of great support to households ?back home?. But in recent years money transfers have increased so much that they have replaced traditional exports as the main source of income in these countries.

At present, 10% of the world population is in some way affected by migrant remittances, which means that about 125 million workers send money to support around 500 million relatives in their countries of origin.