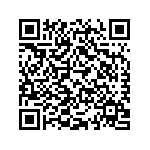 71 countries have signed the Convention of the Disappeared, an important step for human rights. But the US, the UK and Turkey have not and only Albania has agreed to ratify it

The International Convention for the Protection of All Persons from Enforced Disappearance by the United Nations has been waiting for government signatures. Together with the US, Israel and the UK, Turkey is among those who have chosen not to sign the convention. The convention needs to be ratified by 20 countries in order to become internationally valid. So far, only Albania has ratified the convention, on November 8, 2007.

The convention not only bans enforced disappearance, but also stipulates that governments define this act as a crime in their legal systems. Moreover, it places the common or systematic act of disappearance in the same group with the crimes against humanity.

The number of people who have been forcefully disappeared in the world is not (and probably nevre will be) known. It is estimated that there have been between 375 thousand and one million victims in Iraq in conflicts since 1980 and more than 17 thousand people in former Yugoslavia in conflicts in last ten years. According to Red Cross the number of people who have disappeared is 22 thousand in Angola alone.

According to İHD: ?the only way to guarantee complete freedom from the shame of silence is to create an efficient mechanism of inquiry and investigation and to ensure that those guilty of causing disappearances be taken to court?. ?It is everyone?s job,? added IHD.