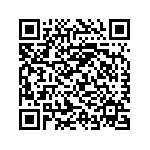 If you want your broken arm fixed quickly, then shelling out 2400 kroner (about 320 euros) may be the way to go come 1 August, when a new private hospital in the city enclave of Frederiksberg, Copenhagen, opens.

The hospital?s administrative director, Morten Hougaard, promises to give treatment preference to those who can pay for it and claims his facility will even provide better service than public hospitals.

"At this hospital there will be no waiting rooms. You?ll enter an attractive reception area, meet a smiling secretary and wait a maximum 20 minutes," said Hougaard. He added that patients can help themselves to coffee, watch television and surf the internet - even while they're being treated.

Hougaard also said his facility allows family members access to the treatment areas. He criticised public institutions for their cold and strict rules, and added that physicians at public hospitals are often "green and inexperienced".

The end of equality?
But while Hougaard claims his medical utopia is a quality leap above public facilities, many doctors are up in arms over his comments and, more importantly, feel the private hospital signals the beginning of the end for equality in the health care sector - and is therefore a breach of law.

"Politicians either have to acknowledge that access to health care is no longer equal for everyone or we'll have to pay for everyone to have the same conditions and spend whatever it costs," said Martin Strandberg-Larsen, researcher at the National Institute of Public Health.

"You?re free to view this trend as positive or negative, but we have to call it what it is. We have to decide whether or not we accept greater social inequality," he said.

Many MPs are also disturbed by the prospect of the private emergency centre. Karl H Bornhøft, health issues spokesperson for the Socialist People?s Party, said when people are injured they have a right to expect the same treatment as anyone else.

'The private initiatives we?ve seen so far have been on the periphery of the health care system, but this new emergency unit is a clear example of something that represents a distinct break from equality,? said Bornhøft.

The health minister, Jakob Axel Nielsen, said he is against inequality in the health care system, but added that there may be a valid reason for the existence of private facilities.

?The regions really need to think about whether their own health care facilities are adequate enough,? said Nielsen. ?We?ve seen before that private alternatives often increase effectiveness in the public sector.?