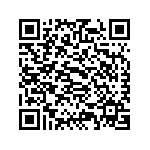 Wales has completed the first stage towards becoming the worlds first Fair Trade Nation, which includes changing the patterns of consumption and distribution of key fairtrade products

Wales has completed the first stage towards becoming the world?s first Fair Trade Nation. Every local authority now has a group dedicated to ensuring that the workers around the world responsible for key products such as tea and coffee are not exploited and receive a just wage. And more than half of councils and all of Wales? cities have received official accreditation from the Fairtrade Foundation.

First Minister Rhodri Morgan said: ?This is a great honour for Wales and shows how a small country like ours can make a difference. The progress made in two years is a testament to the enthusiasm and passion of the people of Wales.? Other countries that are also seeking to become Fair Trade Nations are Scotland and Liechtenstein.

Fairtrade targets
In 2006, a series of targets was to measure the progress Wales? progress towards becoming a Fair Trade Nation. Wales has met the first set of goals and now faces the challenge of changing consumption and procurement patterns.

Duncan Rees, chairman of the Wales Fair Trade Forum, said: ?Today in Wales there are 58 Fairtrade town groups, Fairtrade groups in all 22 Welsh counties, and in less than a year 380 schools have committed to learning about Fairtrade and using Fairtrade products. This is a fantastic achievement and a testament to the people of Wales.?

The Fairtrade Foundation ? which awards the logo as a guarantee that a product has been produced to international ethical standards ? estimates that seven million people worldwide have benefited from the system. Eileen Maybin, a spokeswoman for the foundation, said: ?We are just starting to make an impact.?

As well as food products, goods such as footballs now bear the logo. In 1994, there just three official products ? today there are around 3,000.

Fair Trade Nation status is not accredited by the foundation. Nevertheless, the goal was welcomed by Ms Maybin. She said: ?I think awareness of Fairtrade in Wales is definitely something to celebrate.?

Criticism
Criticism of the Fairtrade concept has come from the Adam Smith Institute, a think-tank dedicated to free-market policies. Tom Cloughtery, policy director, said: ?It?s a well-intended system. For a variety of economic reasons we don?t think it?s all it?s cracked up to be and there are ethical options we think are better.?

In a publication launched earlier this year the institute said Fairtrade did not aid economic development. ?It operates to keep the poor in their place, sustaining uncompetitive farmers on their land and holding back diversification, mechanisation, and moves up the value chain.?

However, Ms Maybin said: ?Fairtrade is definitely not a subsidy.?