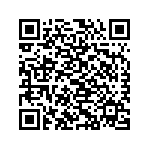 The National Parliament of Bosnia's Srpska republic has adopted a draft-law on volunteering, acknowledging the important role played by the nation's third sector

In its 20th Session of May 9, 2008, the National Parliament of the Republic of Srpska, one of the two political entities which represent a lower level of governance in the present-day country of Bosnia and Herzegovina, adopted ta Draft-Law on Volunteering. The Draft will not be submitted for public debate, and the final Draft should be addopted in September or October 2008.

The Youth Cultural Centre (OKC) Banja Luka says that the Draft is another step foward for the non-governmental sector in which volunteers and volunteering play the crucial role.

"We hope that this will also lead to adoption of similar legislation in the BiH Federation, but also on national level", comments OKC Banja Luka.