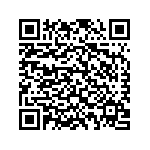 Third sector organisations can apply for three-year interest-free loans of between £3,000 and £50,000 to help pay for costs associated with bidding, such as legal fees.

To be eligible for loans, organisations must show that they could not secure funds from a commercial lender and would have a realistic chance of winning the contract they were bidding for.

But one procurement expert warned that accepting money from the public purse for this purpose could put charities at risk of breaching European competition rules.

Janet Roberts, director of third sector procurement training experts Tendering for Care, said the money was needed. But she warned that she would be wary of accepting money that effectively came from the public purse because it could be seen as distorting competition and would therefore fall foul of European procurement laws.

"If you are putting public money into an organisation to enable it to tender, that could be seen as giving a competitive advantage," she said.

Jonathan Lewis, chief executive of Futurebuilders, said he was aware that money it gave out could be classified as 'state aid', the term for public money that could be seen as distorting competitive markets, but the organisation had a procedure to avoid falling into that trap.

"It is an issue we are extremely aware of," he said. "We have a comprehensive investment policy that ensures we are not providing state aid to applicants."

Lewis said charities had the skills to win contracts but could not afford the bidding costs. "Our conversations with the sector tell us that providers often need money to fund tendering-related costs such as legal bills, financial expertise, staffing backfill and advice from procurement specialists," he said.