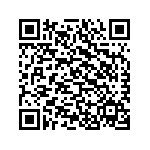 Greenpeace condemns today’s Commission opinion that gives a green light to the outdated and dangerous Mochovce nuclear project in Slovakia.

“Today’s Commission opinion is a clear indication that there is something seriously wrong with European nuclear legislation. The Commission has just given the go- ahead to a nuclear project from the Cold War era that has no modern safety features. This is proof that the fifty-year-old Euratom treaty is totally inadequate and obsolete,” said Jan Beránek, Greenpeace International nuclear campaigner.

“Greenpeace will continue to challenge the Mochovce nuclear project because of its serious safety and environmental implications.”

The Mochovce blue print dates back to the 1970s and has never been subject to a full independent public assessment, as is required by the Espoo convention and European legislation. Investors and the Slovak government claim that the original construction permit issued by the communist regime in 1986 remains fully valid despite its gaping safety flaws.

Greenpeace filed a formal complaint on Mochovce with the European Commission earlier this year alleging the use of illegal state aid, in the form of various hidden subsidies, and breach of EU competition rules.