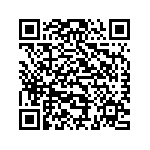 Greenpeace calls on other member states to follow the Austrian example and protect the health of its citizens.

Austria has again defied the European Commission by banning the import of a highly dangerous genetically modified (GM) maize produced by US agro-chemical giant Monsanto.

In independent laboratory tests, rats fed with the pesticide-producing MON 863 maize have shown evidence of kidney and liver toxicity. Other EU member states have hinted at banning the MON863 GM maize, which is imported for animal food and feed. Austria is expected to inform the Commission of its decision by next week.

“ Lab tests show that MON863 is toxic for animals, yet the Commission is comfortable with allowing the product to enter the food chain. The fact that the EU’s GMO authorisation system has failed to recognise these risks is deeply worrying and highlights the need for its reform,” said Steffen Nichtenberger.

Austria, France, Hungary and Greece have already defied the EU’s approval of another Monsanto GM maize known as MON810 – the only GM crop currently grown in the EU – because of evidence of its negative impact on the environment. MON810 is currently due for re-authorisation under EU rules.

MON863 has been causing controversy since May 2004, when French newspaper Le Monde reported that rats fed with MON863 maize showed changes in the composition of their blood and possible damage to internal organs. However, in spite of all scientific controversy, the Commission allowed the GM maize onto the European market in January 2006 for use as food and feed. This happened against the will of a majority of EU member states: in September 2004, 14 member states voted against the approval of the Monsanto maize, whereas only five member states gave their support.

An investigation by Greenpeace and further independent studies published in March 2007 showed that the liver and kidneys of rats fed with MON863 maize were indeed damaged. 1 They also revealed that Monsanto had provided EU authorities with highly questionable data in its application.

“ It is quite simply unacceptable for the EU to put the commercial interests of companies such as Monsanto above the safety of European citizens. The Austrian import ban sends a strong signal to the Commission to abandon its blind support for GM technology,” said Nichtenberger.