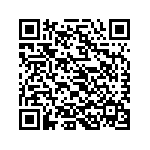 Environmental lobby organization Greenpeace International has made Nokia a clear leader at the top of its Greener Electronics Guide as it has moved into its ninth edition. At the other end of the scale Microsoft and Nintendo are criticized for being very poor global citizens.

Greenpeace first released its 'Guide to Greener Electronics' in August 2006. The guide ranks the 18 top manufacturers of personal computers, mobile phones, TV's and games consoles according to their policies on toxic chemicals, recycling and climate change.

Company scores plummeted in the June 2008 edition of Greenpeace's Guide to Greener Electronics, as Greenpeace introduced different criteria on climate change. Nokia had been docked a point for a poor take-back policy in India pushing it back into third place behind Samsung and Sony Ericsson.

In the ninth edition Nokia was given 7/10 and given a clear leadership position after improving its take-back in India. Samsung, a top scorer on the energy-efficiency of its products, takes second place with 5.9 points. Fujitsu Siemens Computers jumps to third place with 5.5 points, having finally set late 2010 as its deadline for eliminating toxic PVC plastic and all BFRs from across its product range. Although Sony Ericsson and Sony, who enjoyed the top two positions in the previous edition, rank fourth and fifth respectively this time around, they remain in the top half of the ranking with scores of 5.3 each.

Languishing at the bottom of the ranking is Sharp with 3.1, Microsoft with 2.2 points and Nintendo, with only 0.8.

Apple, which was heavily criticized in the early editions of the guide, now lies in mid-table having made progress on eliminating toxics from new products. Apple recently announced that is new line of iPods would be free of brominated flame retardants, PVC and mercury. However Apple needs to improve on recycling and energy, Greenpeace said.

Apple has positioned itself among the leaders on PVC and BFR phase-out, but the iPod alone is not enough to increase its overall score. A complete phase out of all toxic chemicals across its entire product range would improve Apple's ranking, and the company needs to improve its record on recycling and climate policy, Greenpeace said.