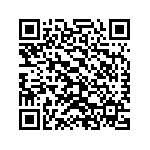 U.S. President Barack Obama said on Thursday July 9, there was still time to close the gap with developing powers on climate change, after the U.N. chief criticised the G8 for not going hard enough.

On the first day of a meeting of the Group of Eight major industrialised nations in L'Aquila in Italy, the G8 failed to get China and India to accept the goal of halving emissions of greenhouse gases by 2050.

Obama, hoping to make his mark on his first G8 summit by chairing a meeting of rich and emerging powers on the environment, said progress could still be made before talks on a new U.N. climate change treaty in Copenhagen in December.

U.N. Secretary-General Ban Ki-moon said progress on climate change at the G8 was "not enough" so far.

Progress was hampered by the absence of Chinese President Hu Jintao, who left L'Aquila to attend to ethnic clashes in China's northwest that have killed 156 people.

Temperatures have risen by about 0.7 Celsius since the Industrial Revolution ushered in widespread use of fossil fuels.

British Prime Minister Gordon Brown said he hoped the temperature target would be agreed by "all the countries around the table today" -- the United States, Japan, Germany, France, Britain, Italy, Canada and Russia, plus emerging powers like China, India, Brazil, South Africa, Indonesia and Mexico.

G8 countries agreed among themselves on a goal of cutting global emissions by 50 percent by 2050, with the United States accepting this for the first time. They also set a reduction goal of 80 percent in aggregate for developed countries.

But G8 member Russia immediately said it could not hit this target by 2050 and Canada's Environment Minister Jim Prentice said 80 percent was an "aspirational goal".

"Without a very clear intermediate goal, with a number, there isn't credibility for a long-term number," Luiz Alberto Figueiredo Machado told reporters, adding such a plan risked passing the burden to future generations.