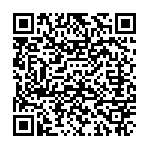 AIDS has already claimed the lives of more than 25 million people throughout the world, while an estimated 33.2 million live with HIV – alarming numbers highlighting the need to remain vigilant vis-à-vis one of the most destructive epidemics in recorded history. Every year, on December 1, the World AIDS Day is commemorated.

Health Commissioner Markos Kyprianou has invited European Health Ministers to join him in a pan-European effort: spreading common messages on prevention and increasing the awareness and knowledge about HIV/AIDS among young Europeans. He encouraged ministers to visit schools on 1 December – the World AIDS Day – and the days to come, and 11 countries agreed to participate in this initiative.

"We must remain vigilant and must keep in mind the fact that HIV/AIDS is still one of the biggest preventable killers world-wide,” Commissioner Kyprianou said. "Improved knowledge, awareness and information are essential tools that young people must acquire and it is our responsibility to provide them with all necessary information and guidance. Prevention remains the best cure”

The ministerial visits fall within the context of a plan to focus this year’s activities on youth in schools. A very timely intervention indeed as recent reports from the European Centre for Disease Prevention and Control (ECDC) point to the fact that high-risk sexual behaviour is once again on the rise among young people throughout Europe. So are infection rates. Between 1998 and 2005, the number of new HIV diagnoses in men and women infected through heterosexual contact and in men infected through sex with men (MSM) doubled.

Furthermore, the 2006 Eurobarometer survey on AIDS prevention revealed an astonishing lack of basic knowledge on certain facts regarding HIV and AIDS. About 54% of young people in the old Member States (EU15) were of the opinion that one could contract HIV by drinking from the same glass as someone infected with the virus. This highlights the need to scale up awareness and to invest further in prevention efforts. It further demonstrates that we have no reason to sit back and forget about this "old" disease. The young Europeans of today did not follow the successful prevention campaigns of the late ‘80s. European societies have to take responsibility and provide young people with essential information on HIV and AIDS.

Targeting school students and bringing them closer to the problems around HIV transmission and other important issues related to HIV/AIDS is a means of addressing the problem of high-risk sexual behaviour. By making this a Europe-wide initiative, the Commission wants to amplify awareness messages, and to create a positive, resonant impact on a European level.

The Commission’s World AIDS Day activities last year included a media competition to identify an original and new script for an anti-HIV/AIDS TV spot. It was addressed to young people, aged 15-25, who sent their scenarios for an innovative 30-second clip to the "AIDS - remember me?" website. The prize provided that the Commission would finance the production of the winning scenario with up to 40 000 €.

The script of Joanna Kollbek, a 25-year old university student from Krakow in Poland, won the competition and has been made into a TV clip, which is presented today for the first time. Action takes place at a chessboard. The Black King falls in love with the White Queen. He gets out a condom but there is a tear in its packaging, the Queen spots it and throws him a new condom. He “dresses up” and... off they go.

The competition attracted a total of 32 entries from 13 countries – Ireland, France, Greece, Spain, Romania, Belgium, Portugal, Cyprus, Lithuania, Germany, Latvia, Poland and the UK. The clip has already been uploaded on the Internet and can be viewed at EU Tube (http://www.youtube.com/EUtube). Some other partners have also volunteered to broadcast the clip, including MTV, Kinepolis, Europocket.tv and members of EBU.

The European Commission is involved in the fight against AIDS at various levels. Its strategy paper "on combating HIV/AIDS in the European Union and the neighbouring countries" established a multidimensional framework to respond to the numerous challenges and threats posed by HIV/AIDS, defining the course of action for the coming years.

Furthermore, the Commission provides important structures and platforms to coordinate Member States and the Civil Society´s HIV/AIDS work. It also plans to use Civil Society partners as an important means of building and maintaining the link between the Commission, Member States and people affected by HIV. Key priorities are preventing new HIV infections, notably through joint awareness-raising actions and education campaigns, but also working towards better treatment, care and support facilities for people living with HIV.

Commissioner Kyprianou has kept HIV/AIDS high on the political agenda in Europe throughout 2007, a year in which both, the German and the Portuguese Presidencies provided a frame to address intensely the HIV/AIDS epidemic.

To fight the stigmatisation and the discrimination that may come with the disease is also a central element on the Commission's agenda.

To find out more: