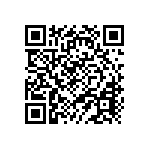 Greenpeace said goodbye to one of its founding fathers, Jim Bohlen, on July 5. He died at age 84 after a long battle with Parkinson's disease in Comox, British Columbia. According to the now international environmental NGO counting 3 million members, it was Bohlen's decision to sail to Alaska to protest against underground nuclear testing in 1969 that led to the creation of Greenpeace. www.greenpeace.org