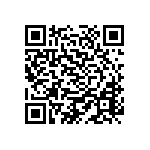 Laughter is the best medicine, according to the Spanish federation of non profit organizations SETEM. In its latest campaign, Error104, which aims to draw a critical balance of the Spanish Prime Minister's mandate during the Spanish EU Presidency and highlights his failure to keep his promise of ?humanizing' the economy, the federation representing over 30 Spanish NGOs has launched a video petition that won't fail to bring a giggle no matter your nationality.
www.error104.com