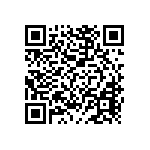 Pledge your act of green

Good Friday gets even better this year, at least for the environment. Today it’s World Hearth Day, a good opportunity to celebrate our planet and think about what we can do to preserve it. The occasion, which has its roots in the 1960s activism, was launched in 1970 by U.S. Senator Gaylor Nelson. After witnessing the 1969 oil spill disaster in Santa Barbara, California, Nelson understood the need to raise awareness on environmental issues in order to introduce environmental protection onto the national political agenda. On April 22 1970, 20 million Americans demonstrated across the country for a sustainable planet. That date is widely credited with launch the modern environmental movement and since then the initiative has grown globally: it has become the largest civic observance in the world, involving more than one billion people each year.

The skeptics will say that like Valentine’s Day, Earth Day should be everyday and as a matter of fact World Earth Day does not stop at midnight on April 23. Earth Day Network grew out of that first event in 1970 and since then the organization has been working with over 22,000 partners in 192 countries, carrying out successful environmental campaigns and working with schools around the world, integrating projects with an environmental component into the year-round curriculum.

This year’s Earth Day theme is A billion acts of green, a campaign to inspire and promote global environmental activism. You can pledge your act of green on the Earth Day website. The goal is to register one billion actions by the inauguration of the Earth Summit in Rio in 2012.

Check out the Earth Day events near you.