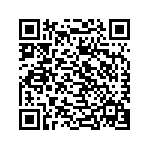 Hundreds of people gathered together in the Central Square of Slavutic to remember the victims of the Chernobyl disaster. The service was held last night, at 1.23 a.m., the exact time 25 years ago the reactor number four at the Chernobyl Nuclear power plant exploded. Meanwhile in Kiev Russian Orthodox Patriarch Kirill led a night time service to remember the firefighters and clean up workers who died while evacuating the area.

The explosion of the reactor number four released about 100 times more radiation than the U.S. atomic bomb dropped over Hiroshima and exposed hundreds of thousands of people and square miles of land to high doses of radiations.

Within a few weeks 30 workers who had been exposed to the radiations, died but 25 years later the long-term health effects of the accident remain still unclear. According to the United Nations Scientific Committee on the Effect of Atomic Radiation (UNSCEAR), six thousand cases of thyroid cancer were reported in children and teenagers who lived in Belarus and Ukraine at the time of the explosion, however the exact number of deaths caused by the accident is still debated.

The explosion caused major social and psychological problems to those affected by the disaster as well as vast economic losses over the entire region. According to the Chernobyl Forum in the areas affected by the accident poverty is far greater than in other areas of the former Soviet Union. Farming has reported the heaviest consequences: more than 787 thousand hectares of land was taken out of service for years.

Following the accident about 335 thousand people from Belarus and Ukraine were relocated. The city of Slavutich was built in 1986, to replace Pripyate, where most of the Chernobyl workers lived with their families. While Pripyate was evacuated and became a ghost town, Slavutich, is still heavily influenced by the effects of the explosion and is an expression of the social and psychological effects of the tragedy, mentioned by the Chernobyl Forum, according to which: “Even when resettlers were compensated and offered free houses, many retained a deep sense of injustice. Many are still unemployed, without a place in society and have little control over their lives.”

There are still 195 nuclear power plant units operating in Europe and 19 are under construction in six countries. The 25th anniversary of the Chernobyl disaster, occurring during the ongoing Fukushima nuclear crisis, presents an occasion to revive the debate over nuclear power and to discuss about renewable energy sources.