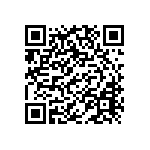 Greenpeace activists shut Europe's premier business conference for an hour on May 18 to highlight a growing split in the businesses community around the green economy and Europe's climate target.

Belgian police arrested scores of activists to lift the blocade of the conference 'Europe in the world: Leading or lagging?' at about 10.30am. Volunteers wearing the logos of Volkswagen, BP and Microsoft were among those dragged away from conference entrances by police. Seventeen more remain in position on the roof holding banners where they will remain as long as possible.

Greenpeace's head of political and business unit Daniel Mittler was inside during the protest and took part in the event's scheduled morning press conference.

At about 9.30am this morning, 170 activists closed the conference to companies opposed to further reducing Europe's climate emissions and challenged the wider European business community to become climate leaders by supporting a 30 percent target.

Studies show that strong climate policies boost the economy by stimulating investment in clean technologies, new infrastructure and creating green jobs. One report found that a 30 percent emission reduction target for Europe could increase GDP by more than €600 billion by 2020.

Greenpeace activists locked themselves to the summit doors and refused to let climate laggards - who hold back political and economic progress - such as Microsoft, BP and Volkswagen into the conference. The green group urged the European business community to follow the lead of progressive companies like Google, Unilever, Danone, Phillips and Allianz which are on record demanding a 30 percent EU climate target to boost Europe’s economy.

Dimitris Ibrahim, head of Greenpeace’s European climate and energy campaign, said: “In Europe we have a choice. We can have a competitive, modern economy, or an outdated economy at the mercy of volatile fuel prices and big polluters. Leading businesses support a target to cut emissions by 30 percent and spur investment, but laggard businesses continue to hold back progress. Today we shone a light on this division, calling on the silent majority of companies to join the leaders, in building the prosperous Europe we need."

This month big brands such as IKEA, MANGO and PPR (with a portfolio of brands like Puma and Gucci), joined the growing movement of progressive climate leaders.

Ibrahim added: “Greenpeace is looking forward to hearing from new companies who want to add their public support for a 30 percent target. The corporate sector needs to embrace its significant impact on and responsibility for securing a green, competitive European economy.”

An unconditional, domestic 30 percent emission cut by 2020, compared to 1990 levels, should be a first step towards a 40 percent emission target for all developed countries, consistent with keeping global temperature increase well below two degrees Celsius and avoiding the catastrophic effects of climate change.