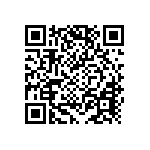 Is flying on sunlight the answer to the climate crisis? According to the experts, not yet

On May 13 the world's first international solar-powered flight took off in Switzerland to land 13 hours later in Belgium. It produced zero emissions on its journey as it was powered by 12 thousand solar cells located on the aircraft's wings. A solution to climate change? Perhaps, except the flight cost 300 thousand euros and the average speed of the flight was 70 kilometres per hour. A far cry from Easy Jet's summer offers.

"This has been a very special experience for me: to fly to a destination, to travel abroad using only solar energy, what a dream!" Writes the pilot, Andrè Borrschberg on his blog on arrival.

“It’s unbelievably exciting to land here in Brussels, at the heart of Europe, after flying across France and Luxemburg,” Borschberg said in a statement. “And to fly without fuel, noise or pollution, making practically no negative impact, is a great source of satisfaction.”

And inspiration. The flight highlights the possibilities of electric flight. Although the team still has a long way to go, Friday’s flight puts it on track to make an around-the-world flight in a larger plane sometime in 2013.

After leaving Payerne, Borschberg crossed the Alsace toward Nancy and Metz before flying over the Grand-Duchy of Luxemburg and into Belgium. He landed on Runway 02 at Brussels Airport at 11:39 p.m. local time.

No one, least of all Borschberg, expects solar aircraft, or even electric aircraft, to supplant airliners. The point of the project is to open people’s eyes, and minds, to new possibilities.

“The objective is to demonstrate what we can do with existing technology in terms of renewable energy and energy savings,” he told Reuters by telephone during the flight.

To find out more read Flying on Sunlight (VitaEurope) and see what the experts say on The Ecologist's latest report.