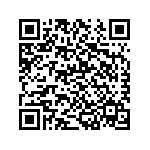 UK to give £814m to vaccinate world's poor

British Prime Minister David Cameron says his country will "play its full part” as he pledged £814m to help vaccinate and protect millions of children in developing nations against preventable diseases like pneumonia and diarrhoea.

He was speaking at a major summit in London where world leaders, charities, private companies and philanthropists gathered to discuss how to generate the funds needed. Developed countries are being asked to give an extra £2.3bn by 2015 for child vaccines in regions like Africa.

"Frankly the idea of children dying from pneumonia and diarrhoea should be absolutely unthinkable in 2011," Cameron told the Global Alliance for Vaccines and Immunisation (Gavi) conference. “The money will help vaccinate over 80 million children and save 1.4 million lives. That is one child vaccinated every two seconds for five years. It is one child's life saved every two minutes. That is what the money that the British taxpayer is putting in will give."

Cameron acknowledged that the increased cash for vaccinations - part of the UK's goal of devoting 0.7 per cent of national income to aid by 2013 - would be ‘controversial’ at a time of cuts in spending on public services at home.

He told the conference: "Some people say we simply can't afford spending money on overseas aid right now, that we should get our own house in order before worrying about other people's problems.”

He went on to say: "Others see the point of helping other countries to develop, but they don't think aid works anyway…I don't think it would be right to ignore the difference we can make, turn inwards solely to our own problems and effectively balance the books while breaking our promises to the world's poorest. Instead, we should step up, deliver on our promises to the world's poorest and help save millions of lives."

In addition to the added £814million, the UK has already committed £2billion over 30 years, which is more than any other nation. It is estimated that three times as many children aged under five die from pneumonia and diarrhoea than from malaria and HIV/Aids combined, despite new vaccines being available to help prevent such deaths. However, many developing countries cannot afford them.