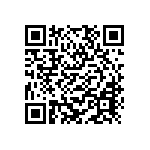 British charity Inquest is celebrating a long awaited victory this week after changes to the Corporate Homicide Act 2007 which will mean that prisons and detention centres in the UK could face prosecution for corporate homicide if an individual dies while in their custody.

Talking to the Guardian, Helen Shaw, co-director of Inquest, a charity dedicated to supporting the families of people who have died in prison said that although not all deaths in custody result from negligent management failings “many of Inquest's cases have revealed a catalogue of failings in the treatment and care of vulnerable people in custody”. She added that “the new provisions provide a new avenue to address these problems and will hopefully have a deterrent effect and prevent future deaths”.

According to data collected by Inquest there have already been 129 deaths in English and Welsh prisons this year. Last year there were 192 deaths, 119 of which were not self inflicted. No police or prison officer has ever been prosecuted in Britain over the death of an inmate, however the charity claims there is overwhelming evidence to suggest that deaths have been a direct consequence of the police using excessive force or not taking appropriate care of individuals in its custody.

In a recent press release, Shaw is quoted as saying “for too long there has been a pattern of cases where inquest juries have found overwhelming evidence of unlawful and excessive use of force or gross neglect yet the police do not seem to have learnt the lessons from these previous deaths”.

As of September 1, when the new clause in the Corporate Homicide Act will come into force, this pattern may be broken. The law will cover all dealths in police custody including prison cells, mental health detention facilities, young offenders institutions, immigration suites and Ministry of Defence institutions and will mean that if it can be proved that the way these institutions are managed, organised or built caused a death or amounted to a breach of the duty of care it will be possible to prosecute. The penalty for conviction will be a fine with no maximum limit that may amount to as much as millions of pounds.