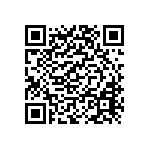 The world's major banks have all been very outspoken about climate change but a new report suggests that they are among the biggest investors of environmentally unfriendly energy.

According to the Bank of America climate change is “the most formidable challenge we face”, BNP Paribas claims it is making a “strong commitment to combating climate change” and JP Morgan Chase says it is “helping the world transition to a low-carbon economy”. However the Bank Rolling Climate Change report published jointly by NGOs urgewald, groundWork, Earthlife Africa Johannesburg and BankTrack tells a different story.

A seven-month long investigation carried out by economic research organisation Profundo, revealed that the bulk of coal financing is provided through investment banking and corporate loans. A 600 Megawatt coal fired powered plant typically costs around 2 billion dollars to build, states the report, and although banks are careful to keep their involvement with the coal industry hidden from public scrutiny, investment banking and corporate loans cover 88 per cent of mapped investments.

The investigation examined the portfolios of 93 banks, tracking their support for 31 major coal mining companies and 40 producers of coal fired electricity. The twenty banks which were ranked as the worst are based in the USA, the UK, Germany, France, Switzerland, China, Italy and Japan. The bank at the top of the blacklist is JP Morgan Chase, which invested 16,5 million euros in the coal industry since 2005. Close behind it are Citi Bank, the Bank of America, Morgan Stanley and Barclays.

Although climate change would appear to be at the top of the environmental policy agenda, coal financing almost doubled between 2005 and 2010. “Our figures clearly show that coal financing is on the rise” said Tristen Taylor of Earthlife Africa Johannesburg “if we don't take banks to task now coal financing will continue to grow”.

The ills of mining and burning coal are amply covered in two chapters of the report which also highlights case studies from India and Colombia.