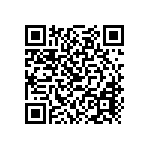 Ten jobs that are guaranteed to make you happy

Although Europeans are still waiting for our governments to follow in the footsteps of Bhutan and treat happiness as a socio-economic development metric (see www.grossnationalhappiness.com), the pursuit of happiness is widely accepted not just as a worthy goal in life but also a human right.

It would follow that we would want to choose careers that helped us in the above mentioned pursuit. But how easy is it to find a job that makes you happy?

A survey conducted by the National Organization for Research at the University of Chicago and published in the Christian Science Monitor reveals an unexpected set of top ten happy jobs. While I cannot vouch that the same results would be found in Europe it is striking that the kinds of jobs you are generally encouraged to pursue as a University graduate do not feature at all.

2. Firemen: Eighty percent of American firemen (known by the more politically correct ‘firefighters’ in the US) are “very satisfied” with their jobs.

3. Physical therapists: Social interaction and helping people apparently make this job one of the happiest.

4. Authors: Unless you are Michael Crichton the pay tends to be low but apparently the autonomy of writing down the contents of your own mind leads to happiness.

6. Teachers: Teachers in general report being happy with their jobs, despite the current issues with education funding and classroom conditions. The profession continues to attract young idealists, although fifty percent of new teachers are gone within five years.

7. Artists: Sculptors and painters report high job satisfaction, despite the great difficulty in making a living from it.

8. Psychologists: Psychologists may or may not be able to solve other people’s problems, but it seems that they have managed to solve their own.

I can’t help but wonder where the NGO workers, doctors, nurses, policemen and politicians are on this list. Perhaps we should trade our pcs and ideals in for hard hats and bright orange vests.