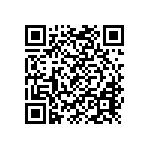 Could this be the sequel to the famous cartoon?

Those who have watched Finding Nemo, the 2003 Disney/Pixar animation film know that Nemo is a jolly clownfish who gets abducted by a scubadiver and placed in an indoor aquarium. The aquatic adventure that unfolds tells the story of how dozens of underwater species rally round to help his father, also a clown fish, to save him. Millions of people in the world watched this film and hundreds of thousands of children fell in love with little Nemo, turning his family of clownfish into what conservationists call a “charismatic” species.

A paper published in the academic journal Conservation Letters reveals that while we may be charmed by animal animations on screen, in the real life movie stardom means little to species at risk of extinction.

The researches have in fact found that 250 of the 1,500 marine species which appear in Finding Nemo, or that are in the same family as those that do, are threatened by extinction. Break these figures down and we find that this means 100 per cent of turtles, one of the world's most “charismatic” species, 80 per cent of sharks and 50 per cent of rays.

The study has also pinpointed the greatest threats to global marine species. First in line is exploitation, which includes fishing, then come climate change, habitat loss and degradation. Indeed it is also stated that there was a sharp rise in clownfish sales immediately following the release of the film. The most shocking figures to emerge from the report, however, are those which place the value of the trade in live reef fish at 800 million dollars per year, suggesting that perhaps the message Finding Nemo wished to convey was not fully understood by most viewers.