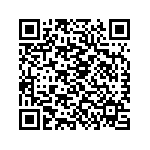 Vàclav Havel, the first post-Communist president of Czechoslovakia and a world renown defender of human rights died on December 18 at the age of 75.

Love triumphs over hatred and lies

The news headlines are filled with obituaries and memories of a man who will be remembered for speaking out against totalitarianism as the father of the Charter 77 civic movement and leading the Velvet Revolution which brought the Czechoslovakian Communist government to its knees in 1989. If his legacy could be summarised in a sentence, there is no doubt that it would be this: “Love will triumph over hatred and lies”.

VitaEurope has chosen to honour Vàclav Havel by republishing extracts of his 1990 New Year's speech, an address which seems as relevant to the world now as it was then.

My dear fellow citizens, ?For forty years you heard from my predecessors on this day different variations on the same theme: how our country was flourishing, how many million tons of steel we produced, how happy we all were, how we trusted our government, and what bright perspectives were unfolding in front of us.

I assume you did not propose me for this office so that I, too, would lie to you.

Our country is not flourishing. The enormous creative and spiritual potential of our nations is not being used sensibly. Entire branches of industry are producing goods that are of no interest to anyone, while we are lacking the things we need. A state which calls itself a workers' state humiliates and exploits workers. Our obsolete economy is wasting the little energy we have available. A country that once could be proud of the educational level of its citizens spends so little on education that it ranks today as seventy-second in the world. We have polluted the soil, rivers and forests bequeathed to us by our ancestors, and we have today the most contaminated environment in Europe. Adults in our country die earlier than in most other European countries.

But all this is still not the main problem. The worst thing is that we live in a contaminated moral environment. We fell morally ill because we became used to saying something different from what we thought. We learned not to believe in anything, to ignore one another, to care only about ourselves. Concepts such as love, friendship, compassion, humility or forgiveness lost their depth and dimension, and for many of us they represented only psychological peculiarities, or they resembled gone-astray greetings from ancient times, a little ridiculous in the era of computers and spaceships. Only a few of us were able to cry out loudly that the powers that be should not be all-powerful and that the special farms, which produced ecologically pure and top-quality food just for them, should send their produce to schools, children's homes and hospitals if our agriculture was unable to offer them to all.

When I talk about the contaminated moral atmosphere, I am not talking just about the gentlemen who eat organic vegetables and do not look out of the plane windows. I am talking about all of us. We had all become used to the totalitarian system and accepted it as an unchangeable fact and thus helped to perpetuate it. In other words, we are all - though naturally to differing extents - responsible for the operation of the totalitarian machinery. None of us is just its victim. We are all also its co-creators.

Why do I say this? It would be very unreasonable to understand the sad legacy of the last forty years as something alien, which some distant relative bequeathed to us. On the contrary, we have to accept this legacy as a sin we committed against ourselves. If we accept it as such, we will understand that it is up to us all, and up to us alone to do something about it. We cannot blame the previous rulers for everything, not only because it would be untrue, but also because it would blunt the duty that each of us faces today: namely, the obligation to act independently, freely, reasonably and quickly. Let us not be mistaken: the best government in the world, the best parliament and the best president, cannot achieve much on their own. And it would be wrong to expect a general remedy from them alone. Freedom and democracy include participation and therefore responsibility from us all.

In the effort to rectify matters of common concern, we have something to lean on. The recent period - and in particular the last six weeks of our peaceful revolution - has shown the enormous human, moral and spiritual potential, and the civic culture that slumbered in our society under the enforced mask of apathy. Whenever someone categorically claimed that we were this or that, I always objected that society is a very mysterious creature and that it is unwise to trust only the face it presents to you. I am happy that I was not mistaken. Everywhere in the world people wonder where those meek, humiliated, skeptical and seemingly cynical citizens of Czechoslovakia found the marvelous strength to shake the totalitarian yoke from their shoulders in several weeks, and in a decent and peaceful way. And let us ask: Where did the young people who never knew another system get their desire for truth, their love of free thought, their political ideas, their civic courage and civic prudence? How did it happen that their parents -- the very generation that had been considered lost -- joined them? How is it that so many people immediately knew what to do and none needed any advice or instruction?

I think there are two main reasons for the hopeful face of our present situation. First of all, people are never just a product of the external world; they are also able to relate themselves to something superior, however systematically the external world tries to kill that ability in them. Secondly, the humanistic and democratic traditions, about which there had been so much idle talk, did after all slumber in the unconsciousness of our nations and ethnic minorities, and were inconspicuously passed from one generation to another, so that each of us could discover them at the right time and transform them into deeds.

We had to pay, however, for our present freedom. Many citizens perished in jails in the 1950s, many were executed, thousands of human lives were destroyed, hundreds of thousands of talented people were forced to leave the country. Those who defended the honor of our nations during the Second World War, those who rebelled against totalitarian rule and those who simply managed to remain themselves and think freely, were all persecuted. We should not forget any of those who paid for our present freedom in one way or another. Independent courts should impartially consider the possible guilt of those who were responsible for the persecutions, so that the truth about our recent past might be fully revealed.

We must also bear in mind that other nations have paid even more dearly for their present freedom, and that indirectly they have also paid for ours. The rivers of blood that have flowed in Hungary, Poland, Germany and recently in such a horrific manner in Romania, as well as the sea of blood shed by the nations of the Soviet Union, must not be forgotten. First of all because all human suffering concerns every other human being. But more than this, they must also not be forgotten because it is these great sacrifices that form the tragic background of today's freedom or the gradual emancipation of the nations of the Soviet Bloc, and thus the background of our own newfound freedom. Without the changes in the Soviet Union, Poland, Hungary, and the German Democratic Republic, what has happened in our country would have scarcely happened. And if it did, it certainly would not have followed such a peaceful course.

Three days ago I became the president of the republic as a consequence of your will, expressed through the deputies of the Federal Assembly.

My honorable task is to strengthen the authority of our country in the world. I would be glad if other states respected us for showing understanding, tolerance and love for peace. I would be happy if Pope John Paul II and the Dalai Lama of Tibet could visit our country before the elections, if only for a day. I would be happy if our friendly relations with all nations were strengthened. I would be happy if we succeeded before the elections in establishing diplomatic relations with the Vatican and Israel. I would also like to contribute to peace by briefly visiting our close neighbors, the German Democratic Republic and the Federal Republic of Germany. Neither shall I forget our other neighbors -- fraternal Poland and the ever-closer countries of Hungary and Austria.

You may ask what kind of republic I dream of. Let me reply: I dream of a republic independent, free, and democratic, of a republic economically prosperous and yet socially just; in short, of a humane republic that serves the individual and that therefore holds the hope that the individual will serve it in turn. Of a republic of well-rounded people, because without such people it is impossible to solve any of our problems -- human, economic, ecological, social, or political.

People, your government has returned to you!