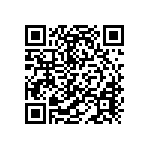 In the words of the great innovator, mathematician and graphic artist M. C. Escher, “only those who attempt the absurd will achieve the impossible”. A sentence that would sound trite were it not true. A case in point is the news broadcast by the BBC of the discovery that an invasive African weed called the marabu can be transformed into a non-toxic carbon polymer and used to make the world's most lightweight rechargeable lithium batteries.

In lay terms, what this means is that this woody shrub represents one of the most innovative materials to have ever been discovered. Lithium batteries are the kinds of batteries that power our iPhones and computers, thanks to the Marabu plant these batteries may soon be up to 15 times thinner as well as far cheaper to produce.

The discovery was made by Glasgow's Strathclyde University's engineering faculty after it was asked to research solutions to the Marabu invasion of Cuba's un-farmed land. The shrub was imported to Cuba for its ornamental value but soon became an invasive species with little commercial value – its wood does not have the right qualities to be used either as a fuel or as a building material. However, as the Scottish scientists recently discovered, the Marabu does possess unique qualities, even when shattered into small pieces, its particles have a vast surface area and it can be transformed rather easily and cheaply into high quality activated carbon. In Cuba activated carbon has several uses, in particular as a filter in the Rum industry although it could also be used to filter water (just like the Brita water filters we use at home).

However the real novelty lies in the potential Marabu holds for the high tech industry – electric cars, battery packs, mobile technology may one day be powered with the help of a plant that Cuban farmers have been trying to eradicate for decades. Now isn't that absurd?