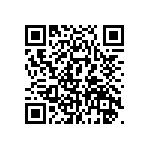 A Social Enterprise tackles the plague of unpaid internships

A social enterprise tackles the new generation’s plague: unpaid internships. It’s called The Settlement and aims at making the life of the third sector’s interns a bit easier and definitely more convenient.

Internships are important, after all they are the only way a young graduate can move his first steps in a work environment and learn a profession. However, as of today, more and more young graduates find it difficult to get a paid internship and are instead forced to accept an unpaid position for 3 to 6 months. Although they are unpaid most of the time, internships require a full time availability which makes it impossible for the young interns to find another job and support themselves. These circumstances obviously favor young graduates coming from families who can offer them their financial support and represent an barrier for the ones who cannot count on the same kind of help.

A survey carried out by The Settlement showed that 68% of the respondents do not have a paid job and only 38% of unpaid interns live at home with their parents. But what about the ones who cannot live at their parents’ home and cannot afford to live on their own without having a salary?

To curb this kind of social exclusion The Settlement has created “Room for Tea”, a homesharing network which connects unpaid interns looking for affordable accommodation with people who have a spare room. The project particularly encourages the creation of new relationships between young graduates and older people, suggesting opportunities for older people to offer accommodation to unpaid interns, in exchange for company, security and some help around the house.

The Settlement was founded by Milena Bottéro who decided to take action after a 5 month unpaid internship within an environmental NGO in London.