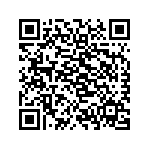 An agreement to make the Olympic games sweatshop-free

It took months but the Playfair 2012 campaign gained the upper hand: the London Games organizers signed a groundbreaking agreement to protect the rights of workers in its supply chains. The agreement was a response to the evidence of workers exploitation, detailed in the new report Toying with Workers’ Rights, brought forward by the campaign. The report investigated working conditions in two Chinese factories producing the Olympic mascots, Wenlock and Manderville and London 2012 pin-badges. Researchers working undercover found that in those factories people were working in terrible conditions.

They were underpaid, they worked excessive overtime and in both factories they were prevented from joining unions.

A worker making an Olympic mascot for example could be paid as little as 26 £ a week, while a mascot can retail for around 20 £ and an average living wage is around 225 £ a month. Overtime was often mandatory. Some workers had to do 24 hour shifts, while others were working 7 days a week. Besides, child labour was used in the factory producing pin badges.

The agreement signed with Playfair 2012 commits the London Games organizers to taking concrete steps to protect workers’ rights. The agreement includes the publication of the names and locations of the factories in China and the UK covering 72% of the licensed products produced for London 2012, as well as organizing workshops about employment rights and establishing a Chinese language hotline so that workers can complain if their rights are being violated.

The agreement involves a commitment to work with Playfair 2012, the organizers of Rio 2016 and the International Olympic Committee to ensure that future Games benefit from the lesson learned. Playfair 2012 is coordinated by the Trades Union Congress (TUC) and Labour Behind the Label (LBL) and involves trade unions and other organisations.